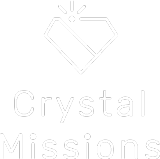 In 2019, Huawei introduced their new operating system – HarmonyOS. It came to Europe in 2021 with new generation of smartwatches, Huawei Watch 3 and Watch GT 3. Because we saw great potential in this system, we did not hesitate and dive deep into development of our first HarmonyOS application. We really trust in the future of wearable technology. We wanted to give our users possibility to listen to their favorite radio stations via their wearable devices running HarmonyOS.

After a few months of development, all our radio streaming apps were released to the AppGallery store and users could finally download them directly into their smart watches. It turned out that we became the first Slovak company which developed and released an application optimized for HarmonyOS in our country. We would like to thank Huawei team for all the guidance with our first steps in this next-generation operating system. With their support, we could be one of the first teams to try out the development process. Also, we hope that we could contribute to the course of the Huawei ecosystem in Slovakia with our suggestions and comments.

We are really happy that the first Slovak application for HarmonyOS is from a friendly developer Crystal Missions. Among other things, this is a guarantee that users of HUAWEI wearable electronics will soon be able to listen to their favorite radio in other European countries via the relevant version of this application.

Moreover, getting to know HarmonyOS was easy and seamless thanks to an ever-growing community of developers who exchanged experiences and tips on how to effectively address various challenges, that the transition from Android operating system to HarmonyOS brings.

You can read more about the development process of HarmonyOS application in the articles from Techvia and FITIT by TOUCHIT.